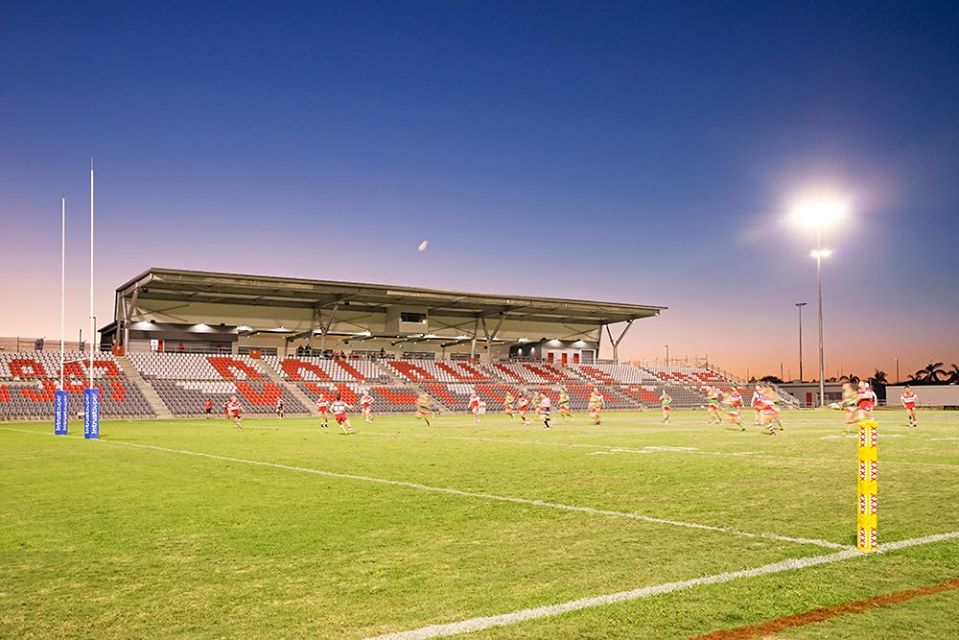 To meet the rising demand for games at Dolphin Stadium, Moreton Bay Regional Council has signed off on a $2.5-million contribution to finish the stadium’s expansion. The Federal Government also committed $3.5 million towards the project.

Moreton Bay Regional Council Mayor Allan Sutherland, a long-time supporter of the club, said it made economic sense to contribute towards Stage 3 of Dolphin Stadium. Once complete, this will increase the stadium’s seating capacity from 7,000 to 10,000.

The stadium had 4,000 seats when it reopened in 2016. More seats were added during the second stage of the project in 2018. Stage 3 involves the development of the northern end of the ground. It is part of the five-year expansion project funded by the state and federal governments and the Moreton Bay Regional Council. To date, the project has cost $15 million, including $6 million for the second stage.

Mayor Sutherland believes it’s an investment that’s returning massive dividends for the region through tourism and events. He said it allows council to continue to invest in other facilities as there are no ongoing maintenance and depreciation costs for ratepayers.

More than being a home to the Redcliffe Dolphins, Dolphin Stadium (formerly Dolphin Oval) served as the venue for the Brisbane Roar women’s teams high-profile home matches. The A-League soccer club announced in June 2019 that it will move three of its home matches in the 2019–20 season to the venue. Their match against Melbourne City in November 2019 attracted a total of 9,387 spectators filling the stands at Dolphin Stadium.

Regarding the expansion plan, Spokesperson for Economic Development, Events and Tourism Cr Peter Flannery added:  “Attracting visitors to the stadium is fantastic as many travel to the region and then stay overnight or longer. On average these visitors spend $278 per visitor per day in our local businesses.”

Read: What to Expect with Redcliffe Art Gallery and Community Space Upgrades